Background: Forest biomass is a major global source of biofuel. To compete with other energy sources its delivered costs need to be reduced. Globally, logging residue (LR) is likely to be the cheapest, readily available forest biomass form. LR transport is a major cost component.

Methods: A harvester-forwarder harvest system was studied in two adjacent areas to compare Swedish “fuel-adapted harvesting” with conventional cut-to-length harvesting at the stump in a mature Pinus radiata D.Don plantation in Western Australia to assess the impact of fuel-adapted harvesting on costs and productivity of a harvester and forwarder producing logs and extracting LR and on LR yield.

The cost reduction for LR extraction from the fuel-adapted area exceeded the increased log harvest and extraction costs. This resulted in the combined log and LR costs for the fuel-adapted area being approximately 12% lower than those for the conventional area. Increased forwarder productivity through adoption of larger load bunks and residue-specific grapples combined with increased operator experience with fuel-adapted harvesting would be likely to further decrease log and LR production costs.

Conclusions: The results show that adoption of fuel-adapted harvesting could reduce LR delivered costs, thus increasing its viability as a biofuel. However, primary transport cost is only one component of LR delivered costs and needs to be considered in combination with the reduction of other supply chain costs, particularly secondary transport costs which can make up a large proportion of LR delivered costs. Because removal of most LR from a site can reduce subsequent tree growth, guidelines specifying the proportion of LR retained should be considered. 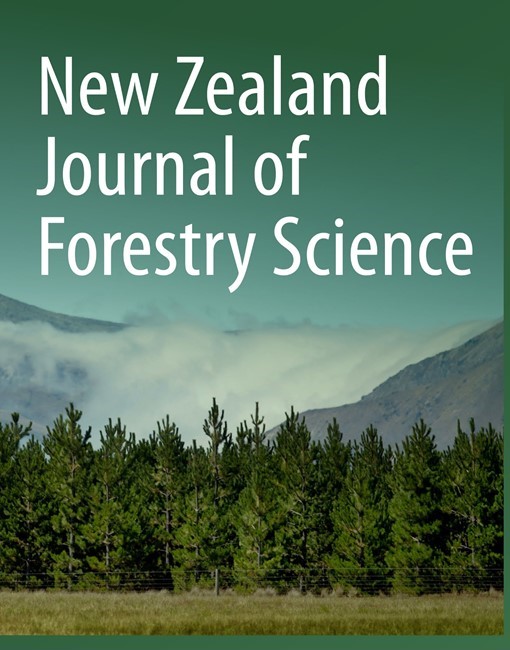 This work is licensed under a Creative Commons Attribution 4.0 International License.

Authors of articles published in New Zealand Journal of Forestry Science retain the copyright of their articles and are free to reproduce and disseminate their work. Authors may also grant any third party the right to use the article freely as long as its integrity is maintained and its original authors, citation details and publisher are identified.

All articles published by New Zealand Journal of Forestry Science are made freely and permanently accessible online immediately upon publication, without subscription charges or registration barriers.

This work is licensed under a Creative Commons Attribution 4.0 International License.

The New Zealand Journal of Forestry Science is owned and published by the New Zealand Forest Research Institute trading as Scion.